Today we will talk about a train that crosses the border of Bangladesh. We will narrate in detail the Dhaka to Kolkata train ticket prices and Schedules. Our purpose is to make this long journey delightful for you.

Bangladesh and Kolkata are located alongside. People from Bangladesh frequently travel to Kolkata due to education, business, treatment, shopping, and tour. If you cross the border between the two countries, you have to do immigration.

We are going to share with you the easy way to cross immigration, seating arrangements for Dhaka to Kolkata train ticket prices, and the train schedule.

Train Route and Other Information of Dhaka to Kolkata

Earlier planes were the only way to travel to Kolkata. Now there are three ways like airway, highway, and railway. Maitree Express started its journey in 2008 on this route as a symbol of friendship between Bangladesh and India.

The distance between Dhaka and Kolkata is 454 km. Undoubtedly it is a long way.

The train journey takes approximately eight hours and immigration two hours. The whole journey is 10 hours. Maitree Express started its journey in 2008 on this route. Here is a table that has been shared for your convenience.

If anyone asks how many trains depart from Bangladesh to Kolkata, then the answer is two trains. One departs from Dhaka, Kamalapur railway station and another is from Khulna.

Look at the chart as follows and you will know all the details.

International train Maitri Express runs from Dhaka to Kolkata 4 days a week: Wednesday, Friday, Saturday, and Sunday. The train leaves Dhaka Cantonment Railway Station for Kolkata at 8:15 am and reaches Chitpur station in Kolkata at 4 pm.

Look at the chart to have a clear idea about the substations of Maitree Express.

Maitree Express is a luxurious train service. Having ten coaches the train now carries 456 people at once. It is a fully air-conditioned train with a standard catering facility. Ticket price depends on the basis of these facilities.

We have given the Dhaka to Kolkata train ticket price on the table.

AC Cabin has been divided into two sections, one is a single cabin with three seats. The other is a double cabin with 6 seats. Children get a 50% discount for up to 5 years old. The age is determined according to their passport. If they are over five years old, they must buy an adult ticket.

Note: Dhaka to Kolkata Train Ticket Price may change with the change of dollar value

Maitree Express is an international train so the tickets are not available at other stations or online except at Kamalapur railway station and Chittagong station. Tickets have to be a buy-in person. You can book the ticket for a maximum of thirty days and a minimum of 6 days before your Kolkata trip.

Tickets are available at those two stations every day from 9 am to 5 pm. A valid passport is mandatory with an Indian visa seal is a must to book tickets. Without a valid passport and visa, you can not plan a trip to Kolkata. One person can not buy more than three tickets.

However, one advantage is you can also book your Kolkata to Dhaka return ticket from Kamalapur railway station. In that case, you will be given 20% of the total ticket from Dhaka and the remaining 80%  from Kolkata.

Apart from these two places, Kolkata-Dhaka train tickets are not sold anywhere. Ticket bookings are offered at Fairley Place from 10 a.m. to 5 p.m. On the other hand, ticket booking on the second floor of Kolkata station is open from 4 pm to 9 pm.

Maitree Express has a ticket return policy. In case your trip gets canceled, you may return the ticket. Authority deducts service charges at a fixed rate and after that refunds the money. The return system has a time frame.

You won’t get any refund for less than the time mentioned above.

If you cross the border of a country, you need to face immigration. We have divided this process into three steps to make it easier to understand. You have to reach the Dhaka cantonment railway station two hours before the departure time. Then collect and fill up the immigration form. The first step is complete.

Boarding on the train, you will be given a disembarkation form before the Kolkata station reaches. Fill out the form with the proper information for example put the address where you will stay. By filling up the form, the second step of immigration is also complete.

The final step starts when you arrive at the Kolkata station. Stand in the immigration line and gather your declaration form from Indian customs, fill it up and submit it to them. Once your final stage is done, that means your immigration is complete, your luggage will be checked through a scanning machine and then you are ready to enter India.

In the same way, you have to do immigration on the day returning back from Kolkata to Dhaka.

For your convenience let us inform you that an adult person can carry up to 35 KG free of charge and a child, can take an extra 20 KG without any cost. $2 will be charged when the weight of the luggage is between 35 to 50 kg. If it weighs more than that, you have to pay $10 per kg.

A food truck accompanies the Maitri Express train between Dhaka and Kolkata. It has light meals and drinks for train passengers. Passengers are provided food at a fixed price. There is a menu and price list of what foods are in the food cart.

It is strongly forbidden that no one can get on or off the train if it stops at a non-scheduled station. It is punishable. If anyone tries to do this then railway police have the right to arrest him.

Ultimately, we have tried to write down all the necessary trips and tricks about Dhaka to Kolkata train ticket prices and train schedules so that you can plan a fantastic tour. Must check the dollar rate before booking tickets. 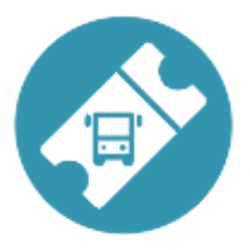 BD Ticket Info.
Co-Author at BD Ticket Info
On the BD Ticket Info blog site, you will find information about your bus, launch, and train tickets. We've created this blog site to make it easy for you to provide travel information. On our website, you will get a detailed idea about the price of travel tickets and vehicle schedules in different places in Bangladesh. We are always working to make your trip more enjoyable. So before traveling to any place in Bangladesh, get all the information about the ticket for that place now.